* In case of any delay in receiving the OTP, you may verify it later. Please proceed without verification.

Enter your City name or Pincode

The Indian state of Jharkhand has a total number of 24 districts, which are categorized into five divisions. One of those districts is East Singhbhum, which comes under the Kolhan division of the state. This district boasts of many small towns. Chakulia is one of them, which is a block headquarter. In fact, this small town is an important place in the Southeastern part of East Singhbhum because it is popular for its rice mills, washing soap factories, bamboo production and oil Mills. Moreover, Chakulia also has a large landing ground for aeroplanes constructed during Second World War. At the foothills of Dalma Hills, Chakulia is located nearer to the border of West Bengal State. 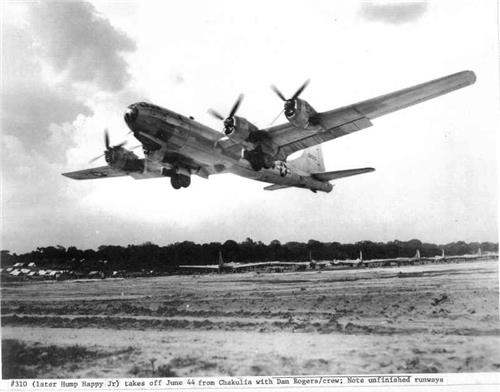 Chakulia Airport
The town of Chakulia has rich historical background to add to its features. In the year 1942, an Airfield was established here by the British Government for fulfilling its dual purposes. First was to organize raids against the Japanese moving forward in Burma and second was to assist its operations related with transporting relieve to the areas of China. However, the importance of Chakulia was also recognized during the war of independence of Bangladesh in the year 1971 when a guerrilla training camp was located in which the volunteers were being trained.

The small town of Chakulia is situated at 22.48°N 86.72°E with an average elevation of 115 meters. The summer season, particularly in the months of April, May and June, remains very hot at Chakulia with an average temperature 40 °C. On the other hand, the winter season is very colder here and thus the months of December and January maintain the average temperature of 12 °C - 15 °C. The locals of Chakulia enjoy major rainfall in the months of July and August with highest precipitation at around 337.7 mm. Furthermore, Chakulia is surrounded by several rivers such as Sindra, Deo, Kupen, Palpala Khal and Subernarekha. Besides that, it is also covered by various mountains such as Gotashila Mountain, Moubhandar Mountain and Kanhaieshwar Mountain. The total geographical area of Chakulia is 106653.40 acres.

Chakulia is surrounded by Bahragora Block towards South, Binpurli Block towards East, Dhalbhumgarh Block towards West and Jambani Block towards East. Further, the nearby cities of Chakulia are Baripada, Ghatshila, Jhargram and Musabani. According to estimation, Chakulia has more than 3606 houses, which are administered by the Nagar Panchayat. The main responsibilities of the Panchayat are supplying basic amenities like water and sewerage, building roads in the village and imposing taxes on the properties that come under its jurisdiction.

Chakulia town of East Singhbhum district is well-connected to road and railway routes. The town has its railway station i.e. Chakulia Railway Station. It is located in between the Howrah-Mumbai rail route and the other nearest railway station to this town is Kanimahuli Railway Station, which is placed around one and a half kilometer from Chakulia. From the railway station, one can reach to the town by taking auto-rickshaw or taxi. Similarly, the nearest bus stand to Chakulia is located at two kilometer distance. Apart from that, the town has its own Airport, which is located southwest of the city. This airport has a long history that goes back to the British era. However, this airport has no scheduled commercial airline flights.

As mentioned earlier, the town of Chakulia is famous for washing soap factories, bamboo production and Oil Mills. Therefore, the economy of this village largely depends upon these manufactures. A large number of people with around 5,667 out of total population are engaged in work or business activities. Some females of this town are also indulged in some kind of work. Besides that, around 68.63% people of total working population are indulged in main work while 31.37% workers are engaged in marginal work.

Chakulia village has no major tourist attraction but there are few travel destinations located adjacent to this town. Gundicha Temple, Shiv Temple, Dumaria Hill Forest, Bhagbat Mandir, Niwas Talkies, Kali Mandir, Jhargram Raj Palace, Manbhanj Hill and Poonasia Jungle are some of the attractions in which many tourists come during their vacations. The travel vacationers generally like to come at these tourist spots especially during the months of October and November because the summer season here is very hot and humid.

The people of Chakulia really enjoy efficient utility services in the town. There is a postal head office in this village in which all the national postal services and money transactions services are offered to the people. Besides that, the town also boasts of many branches of all the major nationalized, private and cooperative banks of the country. All kinds of banking services are provided to the locals here.

Chakulia, a small town in Jharkhand state, has sufficient amount of healthcare services provided to the people. The hospitals in and around the town provide professional treatment of the patients by the specialized staff and equipments. These health care centers are funded by the state government, private organizations and charitable donations. Some of the most prominent hospitals are located in Jamshedour which is about two hour drive from the time.

The people of Chakulia leave no opportunity to celebrate their life. Thus, they collectively celebrate several festivals every year with great prosperity and merriment. Some of the most celebrated festivals are Maha Shivaratri, Makar Sankranti, Basant Panchami, Durga Puja and Diwali, which are also celebrated all over the country. People organize these festivals by wishing together and by paying their devotion to the Almighty.

Comments / Discussion Board - About Chakulia